Back to all Customer Highlights

A select mix of cattle roam the hills of central Missouri, land that once sat adjacent to Mark Twain National forest, and overgrown with trees.

The Pittmans then spent the next several years breaking ground for future generations – using the livestock to clear the land.

“My grandpa never had a tractor,” Tony said, “which also meant caring for and feeding the livestock by hand.”

Tony, along with his four siblings, started chores on the farm as young children. Now he is passing on that tradition to his four boys, and continuing to help his father, Dave, with the family’s now 1800 acre ranch. 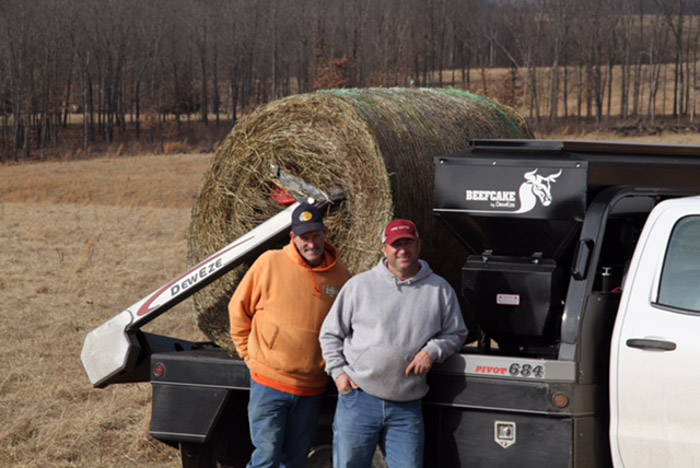 “I was impressed by the dual auger system and the handle features – three minutes later, I bought it.” 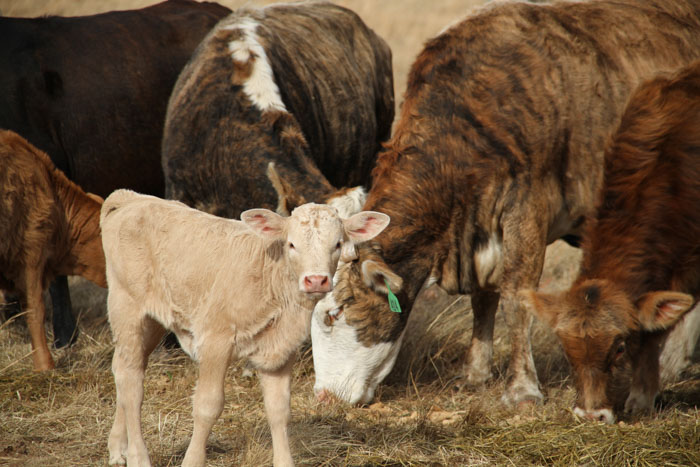 He is passionate about utilizing three breeds in his genetic program to maximize the effects of heterosis.  Twenty-five bulls are rotated to accomplish his goals in this spring and fall calving operation.

“No one wants to calve in June, July and August in Missouri,” he joked.

He finds the Tiger Stripe breed most appealing, but Tony added he enjoys crossing many lines. He feeds his 450 head hay, silage, cubes and grain supplements – pushing the cattle to 700 lbs. for auctions.

Tony has used DewEze Bale Beds to feed since 2002. He bought his third bed in October of 2016 at the Ozark Fall Farm Fest, but another product also caught his eye.

“I was just walking around minding my own business, when Scott started showing me the features of the new BeefCake,” Tony said. “I was impressed by the dual auger system and the handle features – three minutes later, I bought it.”

“I was just walking around minding my own business, when Scott started showing me the features of the new BeefCake,” Tony said. “I was impressed by the dual auger system and the handle features – three minutes later, I bought it.”

He referred to Scott Lauderdale, Grubaugh-Bird DewEze Sale Representative, in playing a role in his impulse cake feeder purchase. Tony said their customer service has been “as good as gold.”

Tony admitted if the cake feeder functioned as a single auger, he would have never bought the DewEze. He said he’s been pleased with the BeefCake’s flexible chute system, and has managed to cut his feeding time by two hours. He used to unroll with a DewEze bed, then would turn around and feed cubes from another flatbed pickup. Having a new 684 Pivot plus the BeefCake on one bed saves more time for other farming “joys.”

“You know, every day frustrations, fighting Mother Nature and equipment breaking down,” he teased. 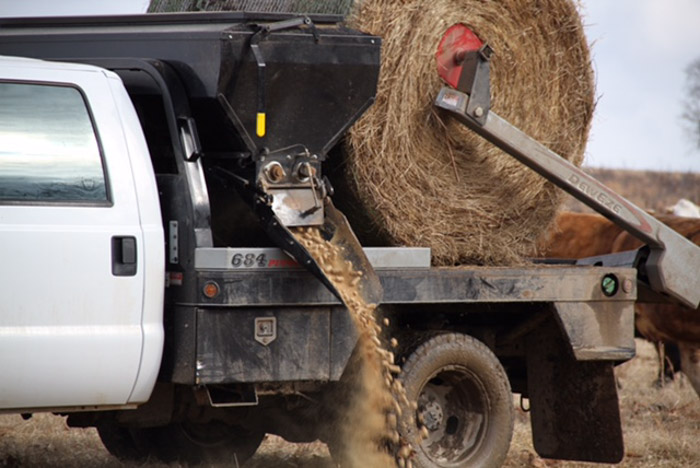 The DewEze BeefCake feeding in a line
(click to enlarge)